Excerpt from My Beautiful Impostor

A subtle variation on Romeo and Juliet, Deer Table Legs is multicultural in the widest, most generous use of that term. Sometimes locating her poems in the Iran of her birth, Katayoon Zandvakili tells more than one kind of love story in narrative filled with irony and tenderness. The book's title poem won a Pushcart Prize in 2000.

The issue features a new story by Nahid Rachlin, a translation of a story by well-known director Mohsen Makhmalbaf; translations from the Shahnameh and Rumi; poems originally written in English by Farideh Hasanzadeh and Maryam Ala-Amjadi, two poets from Iran; and more. Please check it out. 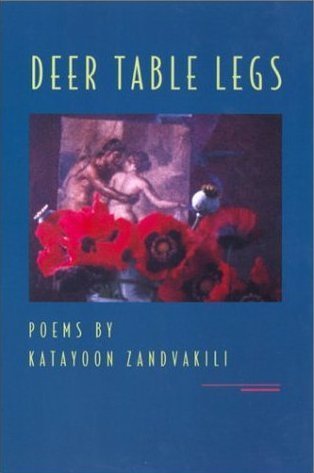